Good news everyone! The September Touring Challenge is back for its sixth season. Better news, if you rode the Century Labor Day Tour those miles will count along with the other miles you rode since September 2. Also as a bonus, since the Saturday, September 1st Century Tour was rained out we are adding one extra bonus day on October 1. Doing so will afford everyone the opportunity to ride a thirty-day challenge. Our sixth annual September Touring Challenge is now under way. 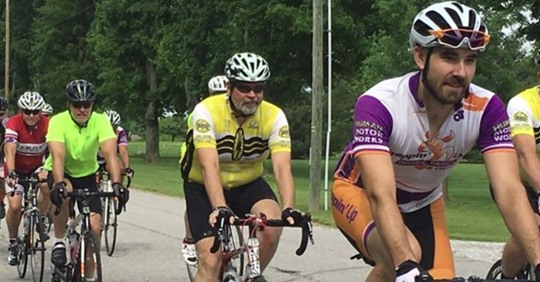 Your distance for any bicycling event, either a club tour, race, off road, or riding by yourself will be accepted as long as the ride is uploaded to Strava via a smart phone Strava app, Garmin device, or compatible equipment. No manual entries will be accepted unless your recording device fails during your ride, in which case you may enter your lost miles as a manual entry along with the portion of the ride that was recorded offering an explanation for the lost distance in the description box. Your Strava account must be opened to accept 3RVS members to follow you without asking for a request.

Non-3RVS members may not participate in this challenge and have been removed from the group page. Non-members may join 3RVS then sign up for the challenge. Only kilometers ridden after joining 3RVS will be counted in the challenge. In addition to the awards mentioned above, podium awards will be presented to the top 3 female and male finishers. To view the daily kilometer leaderboard go to: www.americanclassicgroup.com/3rvs/3rvschallenge.htm it will be activated Monday, September 9, 2019 and will include all miles ridden since September 2, 2019.

Your weekly distances must be posted on your Strava page at least once per week, no later than 11:59 PM., each Sunday. Questions may be directed via email to: spequignot@aol.com. Distance entries will conclude at 11:59 PM., October 1, 2019. Results will be finalized and posted October 2, 2019.